According to research from the Resolution Foundation, there is a growing rate in the ‘disloyalty bonus’. It seems that the proportion of workers who have voluntarily changed careers remains below the pre-crisis level. Instead, pay growth for the workers changed jobs has increased to the highest level in over a decade; thereby, suggesting the growing … END_OF_DOCUMENT_TOKEN_TO_BE_REPLACED

According to research from the Resolution Foundation, there is a growing rate in the ‘disloyalty bonus’. 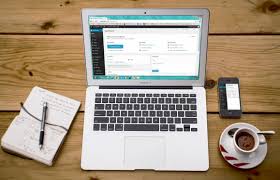 It seems that the proportion of workers who have voluntarily changed careers remains below the pre-crisis level. Instead, pay growth for the workers changed jobs has increased to the highest level in over a decade; thereby, suggesting the growing ‘disloyalty bonus’ for job-movers over workers choosing to remain with their existing employers.

The research from the Resolution Foundation think-tank indicates that the pay growth for the majority of workers who choose to remain with their existing employer is securely at 2.5 percent – having failed to return to the average pre-crisis percentage of 4 percent in the past ten years.

On the other hand, the pay growth for individuals changing jobs over the past year hit a high of 11 percent earlier in 2018 – the highest level of growth among people changing employers in the UK since the early 21st century.

These particular findings are significant as the Bank of England examines signs of wage growth while considering the increased interest rates on Thursday above 0.5 percent, for the first time since 2009.

While there is a growing evidence of the ‘disloyalty bonus’ prompting stronger pay growth lying around the corner, the Resolution Foundation discovered that the number of workers who voluntarily changed jobs remains below its pre-crisis level statistic. It was reported that only 3 percent of workers changed jobs in the past year, as compared to the 4 percent in the year before the crash.

Are the Lower Levels Of Unemployment Contributing?

Economists feel that the lowest levels of unemployment since the 1970s, along with an unemployment rate of 4.2 percent and increased vacancies, will help individuals find work with a higher pay rise. While people may believe changing jobs can result in better pay, researchers at the Resolution Foundation state that the lack of job-switching reduces the pressure of companies to pay staff more to prevent them from leaving, this is especially true in marketing companies where Direct Marketing Assistants can earn a good salary.

According to the Resolution Foundation, underemployment – the case where a worker desires more hours than those available from the employer – has returned to its low percentage of 3.7 percent. However, this remains at a high level for workers below the age of thirty and females.

Productivity growth refers to the measure of economic output on a work hour basis. The statistic for weak productivity growth has been found to hold back the prospect of increased pay growth by following a consistent reduction in growth since the financial crisis. As a consequence, the Resolution Foundation stated that the wage growth in the UK can remain at or below the existing level of 2.7 percent during the following months – far below the pre-crisis statistical average of 4.5 percent.

According to the senior economic analyst at the Resolution Foundation think-tank, Stephen Clarke, the Bank of England chooses whether or not the interest rates will increase making the evidence of pay pressure a mixed concept. He purposes that while an overall pay growth remains weak, interest rate analysts may perceive the situation as being as good as it will get regardless of how bad it truly is.

Will the Pay Growth Continue?

Despite statistics indicating a pay growth, the prediction of whether the pay growth will continue is doubted by the British Chamber of Commerce.

According to the Head of Economics at the British Chamber of Commerce, Suren Thiru, achieving an improvement in the growth of wages can be an uphill struggle unless the issues continuing to restrict payment settlements are managed, most notably underemployment, weak productivity and high upfront expenses for companies.

According to a senior labour market analyst for the CIPD, Gerwyn Davies, an increase in the number of workers in full-time employment, along with the fall in the number of part-time and self-employed workers, suggests that companies are more confident regarding staff recruitment.